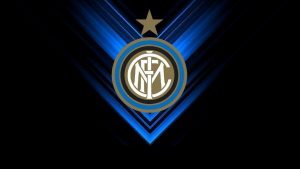 FC Internazionale Milano or Inter Milan has been a team reborn this season, where the covid pandemic has put a strain on every football club across the globe, in terms of players’ health and the club’s financial health; they have found a way to continue performing in the league and charge towards their first Scudetto since 2010. They look to end the Old Lady’s dominance and their grasp over Serie A, as they have opened up an 11-point cushion over their closest rivals in the table in Atalanta, and possess a commanding 13-point lead over Juventus, after 33 games of the season.

Although they have been faltering in Europe, the side has not allowed those frailties to creep into their domestic season and got on with their job as professionals even after they crashed out of the Champions League in the group stage this season. A lot of credit for this title charge has to go to the Inter Milan head coach, Antonio Conte. He has a reputation for success in Italy, guiding Juventus to 3 successive league titles after he took over as their head coach back in 2011 until he left for the Italy job in 2014. And now he is back in Serie A and looks set to win his first Serie A with Inter in his second season in charge.

The strike partnership of Romelu Lukaku and Lautaro Martinez has been key to inter this season, as they have contributed a combined 44 goals and 16 assists in 85 appearances between them. Their midfield has contributed as well, with Achraf Hakimi contributing 14 goals and assists from right wing-back, and Nicolo Barella acting as their chief creator in midfield with 9 assists in 43 appearances. 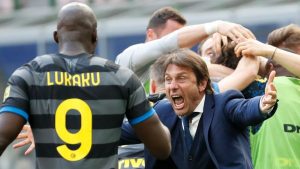 Their recent form signifies extensively how good they have been this season as they have lost just twice in the league all season, and have not tasted defeat in the league since their loss to Sampdoria back in January 2021. They have won 24, drawn 8, and lost just twice in this season’s Serie A. They have been excellent in attack, scoring 74 times in 34 matches, and conceding a league-best 29.

How can I watch FC Inter Milan free streaming?

It’s a lot of trouble trying to find a site that streams Inter Milan matches for free since many of the so-called sites are riddled with ads that make your viewing experience horrible as the best-case scenario, with many other inappropriate and not so good viruses and rats linked to such sites waiting to infiltrate your system and network. The sites are not so easy to find and even if you do, it will cause a lot of trouble before you can watch the match.

Where can I FC Inter Milan without signing up for a credit card?

How to stream FC Inter Milan matches on Roku and Smart TV?

Which TV channels show Inter Milan matches in the USA?

Viewers can tune in to ESPN to watch Inter Milan compete in Serie A at the kick-off time in their time zone to witness the brilliance of their team and the competitiveness of the league. With the pundits giving an overview up until the kick-off and an overview post-match, there is something for every football fan to look forward to apart from the match itself. CBS – Paramount is set to take over from 2021-2024 for streaming Serie A matches in the USA.

Where to watch Inter Milan matches in the UK?

The matches are broadcast in the UK on Premier Sports and FreeSports. Inter Milan fans in the UK will be up for a treat, as the pundits provide a preview before kick-off and a post-match talk show where they debate and converse about the match they witnessed and passionately express their opinions.

Where can I watch Inter Milan highlights?

Reddit soccer streams offer free streaming services and are highly sought after to access matches of Inter Milan. It also offers other leagues and teams for those who wish to watch other clubs and matches. The systematic and technical drawback is, the majority of the streams that are on offer are of HD quality and would require a strong and consistent internet connection for the user to not encounter any trouble while streaming. Though a high-quality stream is highly desirable by fans, it is still not certain if they will accept buffer or lag in their viewing.

Can I watch Inter Milan matches on mobile or tablet?