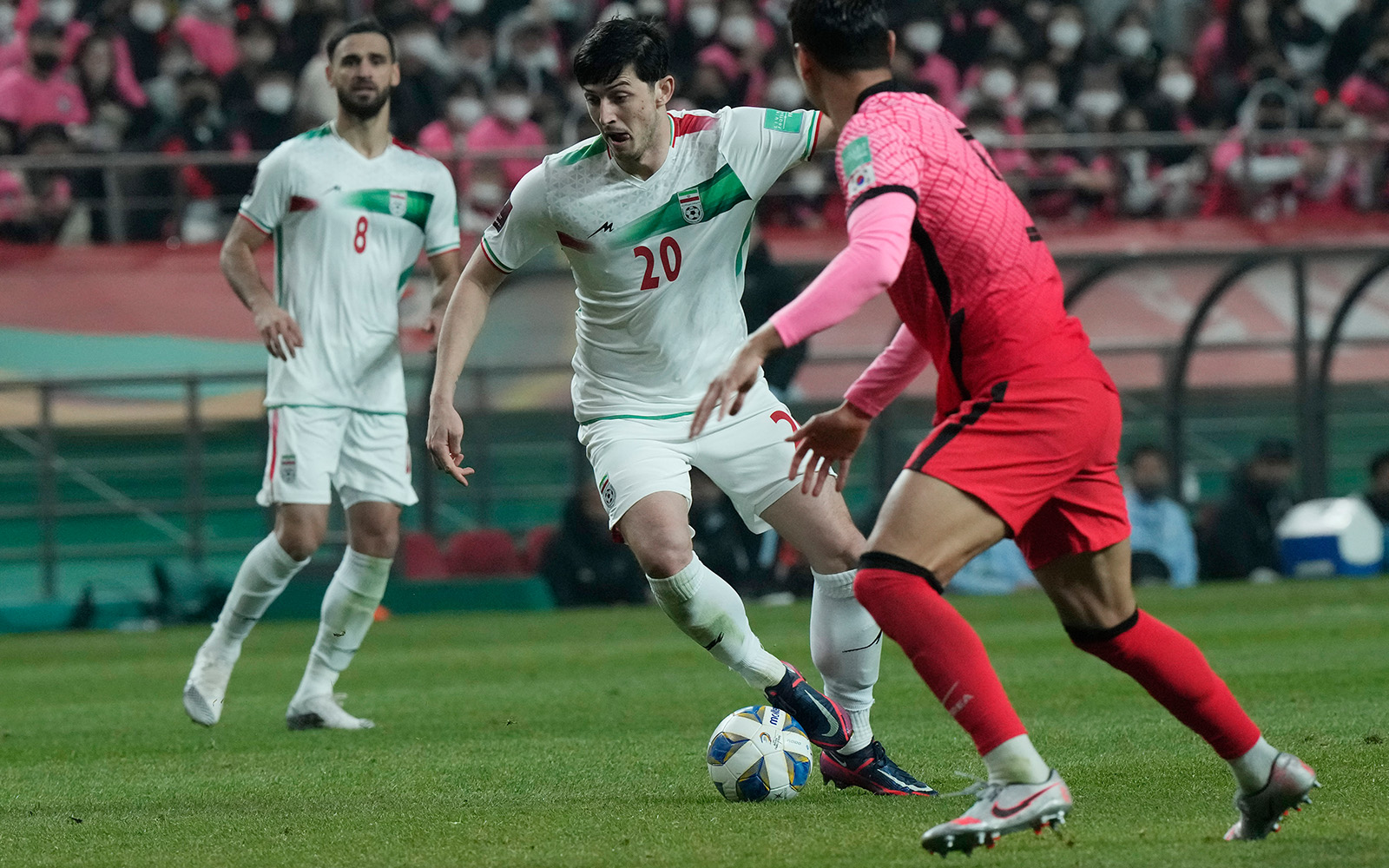 How to watch the Iran world cup 2022 matches live streaming?

Iran Match Live Stream will be available on various platforms across the Internet. The FIFA World Cup 2022 is arguably the biggest sporting festival on the planet. Hence, there would be a lot of interest among service providers to extend streaming services for the marquee tournament.

Paid official services on OTT platform partners like Sony Liv, BBC iPlayer, Hulu +, and YouTube TV will be the highest quality of streams available. Fans can easily rely on these services if they have a paid subscription for the same. For others around the world who would like to stream these matches for free, here is a list of recommended Iran live football streaming sites. These sites will have links for FIFA World Cup Live Streaming.

Major football governing bodies like UEFA, FIFA, AFC, etc. will extend their own broadcast services for free. This is done through their official sites or a YouTube or Facebook live stream extension. It will be active for the whole Qatar World Cup schedule. These streams are officially verified for the highest possible streaming quality. This would be the best free live football streaming. We at Sports404 will update relevant all other information on Iran live football TV streaming services as and when new information surfaces around Qatar 2022 World Cup.

Iran Football Team is arguably the best Asian side. They qualified for the FIFA World Cup 2022 after winning the competitive Group A of the AFC qualifiers. The qualifiers process was divided into four rounds for the Asian Football Confederation. The first two rounds also doubled as the qualifiers for the AFC Asia Cup.

Iran is ranked 21st in the FIFA World Ranking. Therefore, they were spared from playing in the first round. The first round competed between 12 countries that ranked from 35th to 46th in Asia. The six winners from this round advanced to the second round. The second round consisted of 40 teams. Six winners from round one and 34 countries ranked 1st to 34th within Asia. These teams had to play through a round-robin stage.

The 40 teams were divided into eight groups of five countries each. Iran Football Team won Group C. Iraq, Bahrain, Hong Kong, and Cambodia were the other participants in the group. In eight Round 2 matches, Iran managed 18 points. They won six and lost two on the way to securing advancement. The eight winners of each group and the five best runners-up in all groups combined reached Round 3.

Iran Football Team secured their qualification in the third round. The 12 qualifying teams formed two groups. Each group had six teams. Iran Football Team comprehensively won Group A. They won eight games, drew one, and lost one. This accounted for a total of 25 points. Second-placed South Korea tallied 23 points. Hence, the Iran National team won the group with a comfortable two-point margin. Two points is a close bet. But, Iran Football Team looked much the better side throughout the qualification process.

The best-ranked Asian team cruised with professional displays. There were several wins with a single-goal margin. They defended narrow leads and stayed disciplined at the back. The South Koreans held them to a 1-1 draw once. The other time, they were comfortably outfoxed by the Koreans with two goals. There were dominant 3-0 victories against Iraq and Syria. Overall, the Iranians played like Champions. They restressed why they are the best-ranked side in Asia. Of course, they made sure they qualified for both FIFA World Cup 2022 and the AFC Asia Cup 2022.

The penultimate loss to South Korea spoils Iran Football Team’s brilliant record. As stated, they were playing like Champions. Before that loss, the Iran team was on an unbeaten run of 15 games. The last time they didn’t win was also against the South Koreans. The 1-1 draw aside, Iran National Team won every game out of their previous 15. They did recover from that staggering 2-0 loss. Right now, they ride on a single win. They’d be looking to build on that encouraging performance against Lebanon in the future fixtures.

There are no major medical issues that the Iran national football team needs to be mindful of right now. Only Mehdi Taremi, the veteran center forward who plays for Porto is out. He contracted the COVID-19 virus on March 20, 2022. Hence, he should soon be back into action in full fitness. The Iran Football Team would be looking to take this fit side into the World Cup and dig as deep as they can in the marquee competition.

Strengths and weaknesses of the Iran football national team

Iran Football Team has a visible strength going forward with established players like Porto’s Mehdi Taremi and Leverkusen’s Sardar Azmoun alongside captain Alireza Jahanbakhsh leading the lines. They are very good at an open brand of football and shooting from long distances comes naturally to them.

However, the defense doesn’t feature any big names in football currently and will predictably struggle against stronger attacks especially European teams like France and Spain who love themselves in an open game. They conceded one goal to South Korea and had to come from behind to rescue a point which means the defense is leaving gaps at the back to exploit for sharp attacking sides.

Mehdi Taremi would be the main among Iran National Football team players moving forward to the World Cup. Sardar Azmoun is another player who has stepped up big time for the national outfit, he has been stacking up the goals in the qualifying games and can end up being an important contributor to Iran’s World Cup campaign. The goalkeeper Amir Abedzadeh has been in fine form this season playing his football in Spain’s second tier for SD Ponferradina. He’d be a key man in defense given their tendency of keeping gaps open at the back.

How to watch the Iran world cup matches from the United States?

Historically, Iran has been a team that values experience over youth. Moving into the upcoming Qatar World Cup as well, the team is predicted to be more or less filled with experienced veterans. As such, one of the Iran national football team players stands out due to his comparative lower age. He is the 25-year-old Saeid Ezatolahi. He has been one of the best Iranian midfielders in the qualifiers and at 25 years of age, scouts could keep an eye on him as a possible breakout within the Iranian squad.

How to watch the Iran world cup matches 2022 on TV?

Numerous official broadcasting partners throughout the World will run live coverage of the 2022 FIFA World Cup. Sony Networks owns the rights for telecasting action within the countries of the Indian Subcontinent for the Iran match live stream in World Cup.

Sony’s services are also available in Nepal. It is accessible on Net TV Nepal and Sim TV Nepal. The same goes for audiences in Sri Lanka, the primary Sony channels of their interest are SLRC (Eye Channel), Dialog TV, and PeoTV. For fans watching from the Maldives, Medianet will broadcast Sony’s mirror coverage. Moreover, the network’s official OTT platform called Sony Liv will also feature the coverage through its website and mobile/PC applications.

The BBC reserves broadcasting rights for the Qatar World Cup inside the United Kingdom. Viewers can catch the live action on the ITV website and applications, the BBC iPlayer, BBC News, and BBC Sport. This is the best free Iran live football TV streaming.

Al Jazeera and beIN Sports will together cover the Soccer World Cup action for the middle eastern and North African region. The 2Sport2 reserve rights within the host nation, Qatar, and pay-TV in Russia. Moreover, Antenna TV will handle telecasts within the Greek mainland. In Italy, Rai is in charge and Mediapro operates in Spain.

Bell Media is the primary broadcaster in the Canadian territories. Globo is preparing to handle broadcasts in entire Brazil and the Caribbean. China Central Television will take charge in China.