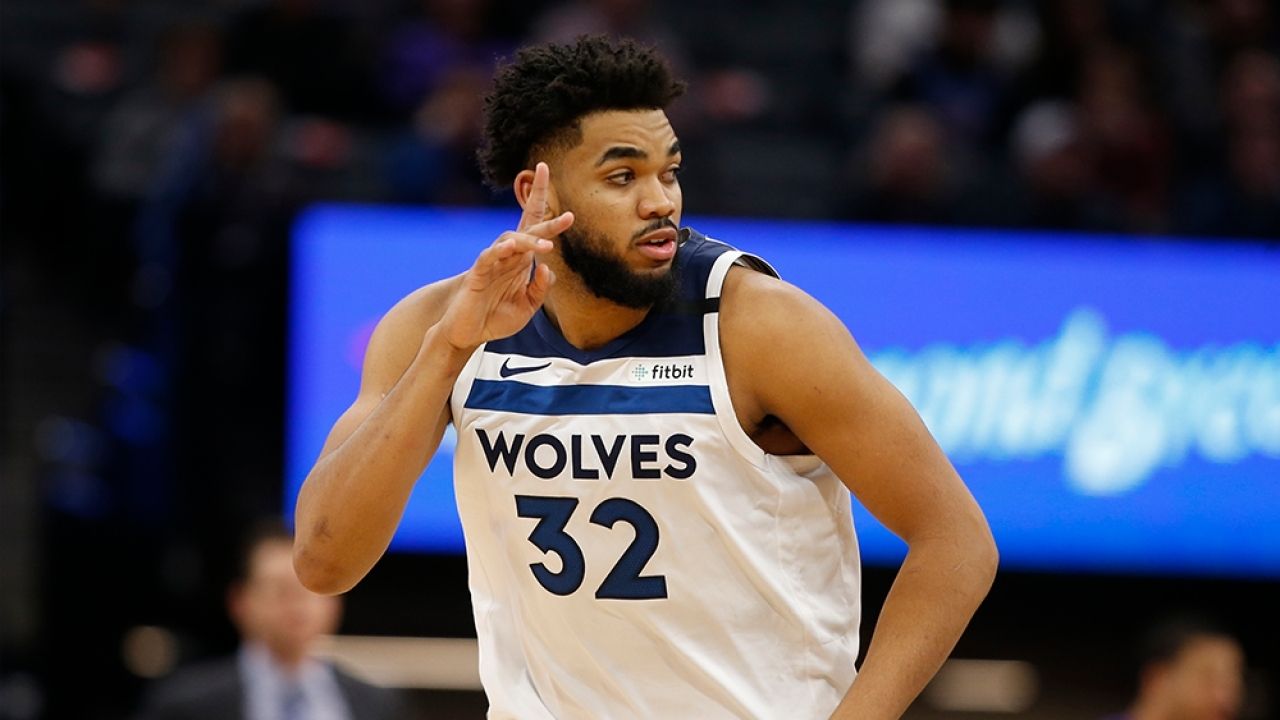 The Minnesota Timberwolves completed a generally disappointing season, but there were few positive notes at the end of the campaign. The Timberwolves have got one of the youngest rosters in the NBA. And they can build a formidable team for the future. Here in this article, we will share all the Minnesota Timberwolves’ live NBA streaming sources, their season history, key players, rivalry, and much more, so stick with us if you are a Timberwolves fan.

The Timberwolves finished the season with the sixth-worst record in the league. The Wolves were expected to do better in the 2020-21 season. Many experts predicted a higher spot for the Western Conference team. But the Wolves were not able to fulfill the promise. The Wolves started the season on a positive note, with a win against the Utah Jazz and Denver Nuggets. But the next came the seven-match losing streak that shattered their confidence. And they were never able to recover from the series of defeats. There were hardly any strings of the win for the Wolves in the previous season. And they very rightly found themselves outside the playoffs spot.

The Timberwolves have a young bunch of stars on their roster. There is no doubt that the Wolves did not perform to their full abilities during the season. There were some glimpses of individual brilliance but they were not able to help each other in the crunch moments and play as a team. The Wolves finished the season in 13th place in the Western Conference. The major shortcoming was their miserable overall defense, ending the season with the third-worst defense in the league. Moreover, their long-range shooting also let them down big time this season.

Key Players for the coming season

Karl-Anthony Towns had the best season of his career, averaging 24.8 points per game along with 10.6 rebounds and 4.5 assists also to his name. The 25 years old has almost hit his prime and will prove to be a big asset in the coming years for the Wolves. Karl-Anthony was the No.1 overall pick made by the Wolves in 2015. Though he did not perform considerably well in his early days, the Wolves stuck with him, and now is the team to bore the fruits of this persistence. The Kentucky College Center has the slickest moves under his belt and the Wolves will be hoping that he can lead his team to the second playoffs appearance in as many as 16 years. The Wolf’s next season fate totally relies on the Towns’ performance and consistency. 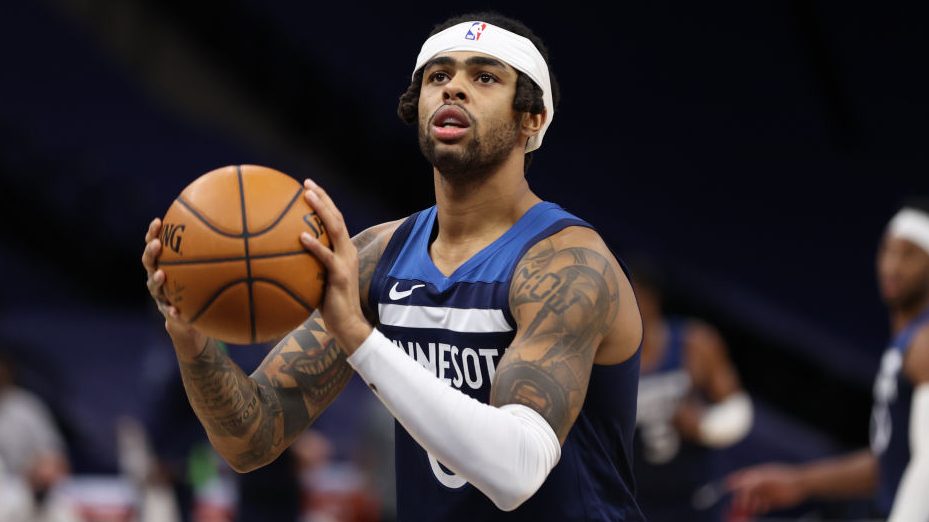 Minnesota Timberwolves have one of the best squads in the league. And it is all because of the vision of their General Manager Gersson Rosas. Rosas made some exceptional decisions on and off the season. The 2020 first overall pick Anthony Edwards shinned in his very first season as a rookie. The rookie played the whole regular season, averaging 19.3 points per game. The Small Forward is accustomed well to the environment and showed us what he can bring to the table for the Wolves in the future.

Malik Beasley also had a good season. When the Wolves traded Beasley, there were big question marks about whether he can deliver for the Wolves or not. The experts argued this was a wrong move that will hurt the Wolves in the long term. But Beasley worked hard and answered his critics with a stellar performance of his own. The 25 years old only played 37 games during the whole regular season. One thing Beasley has to work on before the start of the next season is his fitness.

D’Angelo Russell forms a key partnership with Karl-Anthony Towns. Both of them work well whenever they play side by side with each other. Both of them are young and are playing the basketball of their careers. And it’s now time for them to take a center stage and take the Wolves to the next round. There are huge expectations of them and it all depends on this young crew and how they will fare in the coming season.

What to expect in this year’s draft from the Minnesota Timberwolves?

The Wolves did not have a good season despite having some of the best young talents available in the league on their roster. They had the manpower but lacked the application. There were many imperfections but the things that caught the eye of the viewers and the fans were their Overall defense and inconsistent long-range shooting.

The Wolves have one of the worst defenses in the league. And if the Wolves are to make any significant inroads in the coming seasons, they have to work diligently on their defense. Because it’s the defense in the end that wins you the titles and the championships.

The Wolves team is stacked with emerging stars. All they need is someone who can keep them in a gel. The veteran Ricky Rubio has been for a long time. It is his second stint with the Wolves and has one year left on his deal. Rubio had a forgettable year in 2020-21 and it seems like the age factor is taking a toll on him. So, it’s very likely he will be traded this summer and the Wolves will be looking to bring in some Non-starting Caliber point guard to replace him.

Rubio has been influential in the development of the young players in the dressing room. The Young rookie Anthony Edwards lauded the presence of Rubio in his development and said that Rubio was the best leader he’s ever been around. So, it will be interesting how the Wolves and the management cope up with the pressure in the absence of the veteran.

The Wolves did not need much overhaul in their squad this time around. They just need to be more practical and work on their shortcomings.

How to watch the live streaming of the Minnesota Timberwolves?

The Timberwolves have been one of the brightest teams in the league though the results do not show the exact progress. They have the team to topple the big teams in the league and their fans have every right to be excited about the future. The Wolves have not been able to book their place in the playoffs in recent years but they will be looking to turn things around this year. You can catch all the live-action of the Minnesota Timberwolves on the following applications.

You can stream the live match using any of these apps on your mobile phone or desktop. These apps provide you with a high-quality stream of all the regular as well as post-season matches.

How to watch the live streaming of Minnesota Timberwolves for free?

In a world where a person hardly meets both ends, it’s very unlikely that he will buy an expensive pass to just watch a game. But if he is a die-hard fan of the game, he will look for some other sources to soothe his inner cravings for the game. To help all these fans out there, here we will mention some of the credible sources that you can use to watch the live streaming of the Minnesota Timberwolves for free.

These apps are malware-free and help you with the coverage of the regular as well as the post-season games.

Main rivals of the Minnesota Timberwolves 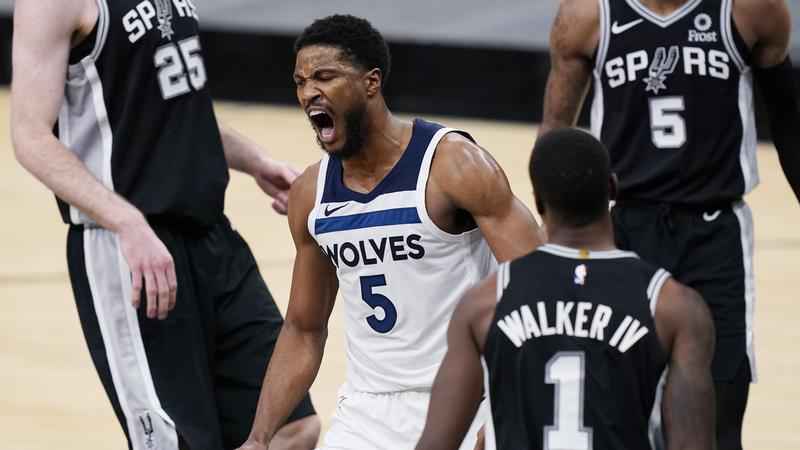 The rivalry seems to be soft now and is almost dead as the Wolves have not been able to make the playoffs. But during the golden era of the Wolves Basketball, the Spurs were a major hurdle in the success of the Wolves. 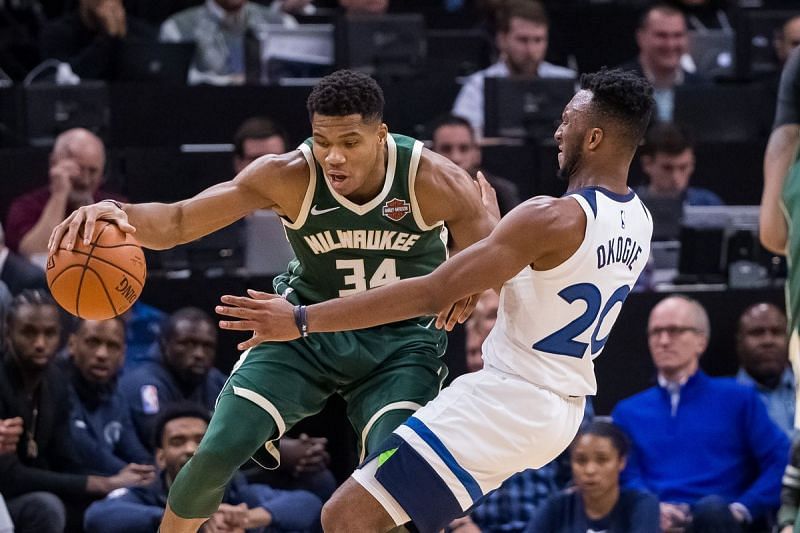 The Milwaukee Bucks have found themselves in a top spot when it comes to the rivalry with Minnesota Timberwolves. And it is no surprise as they are a Wisconsin team. Whether it’s baseball or NFL or basketball, there is always a sense of hate when the two cities collide with each other.  The Vikings and Packers, The Gophers and Badgers, and the Twins and Brewers all add to this list of the rivalries.

Whenever the two teams collide with each other in the league, there is always a lot of smack going on and off the court. In recent times, there is always a debate that which team has got the better talent on its roster. But when it comes to the win column, the Milwaukee Bucks have got the better of the Timberwolves in recent years. And it would be no surprise in the coming years, the rivalry will take new heights, becoming a true face of the NBA.

How to watch the Minnesota Timberwolves in the USA?

The Timberwolves have one of the best young talents in the NBA on their roster. And while going forward, they will surely be going to challenge for the title in the coming years. So, if you are not a Wolves fan, even then you should keep a close eye on the proceedings of the Minnesota team. There are numerous regional as well as national channels that live telecast the NBA in most states of the USA. but not everyone has the seconds to sit for 3 hr straight and watch the game. Therefore in this section, we will mention some of the online available sources that you can use to watch the game without it been affecting your daily work.

Where to watch the Minnesota Timberwolves in the UK?

The NBA has found a new home in the UK and its surrounding regions. Sky Sports is the leading sports network that covers all the games of the NBA in the UK. The tech giants signed the deal back in 2018 to telecast the NBA in England and Wales. You can watch all the live games of the Wolves on Sky Sports Main Event and Sky Sports Arena. But if you are not very fond of watching the Tv, you can use their inline application, SkyGo as well.

Apart from Sky sports, you can use the NOW TV app or NBA TV PASS to help yourself. These two applications have also gained huge popularity when it comes to the streaming of the NBA in the UK and its suburbs.

How to watch the Timberwolves in Canada?

Canada has provided huge basketball talent to the NBA in recent years. Likes of Ben Simmons, Andrew Wiggins, and RJ Barrett all belong to Canada. And have been named to the All-star team frequently during their time in the league. So looking at the acclamation of the NBA in that region, the organization has launched its own channel to facilitate its viewers. NBA TV Canada exclusively covers all the games of the Wolves in Northern America. You can also use TSN and RDS networks for this purpose.

Where can I watch the highlights of the Minnesota Timberwolves?

If you happen to miss the game, you can still watch the full match highlights on the official youtube channel of the NBA. but if you are more interested in saving time and getting an overview of the match, you can use the “MLG Highlights” or “Hooper Highlights” for this purpose.