NEC Nijmegen, commonly known as NEC is a professional Dutch association football club based in Nijmegen, a city located in the province of Gelderland. They are one of the three teams which got promoted from the Eerste Divisie this season. Nijmegen was formed in 1900 which is around 120 years ago.

NEC Nijmegen does not have a huge trophy cabinet. They have won the Eerste Diivisie two times since they were formed. The recent one was in 2014/15 to get the promotion to the Eredivisie. Other than the league wins, NEC Nijmegen were just the runner-ups of the KNVB Cup 4 times till now. They are yet to win another major trophy than the Eerste Divisie. Find out about the upcoming fixtures, squad, and much more. Also, find out the live stream and the official tv broadcasters of the Eredivisie.

How to watch NEC Nijmegen matches in the UK?

The Dutch Eredivisie football is live on Premier Sports for the 2021/22 season, showing up to 3 live matches each week. Ajax is the current Dutch champion and is regularly broadcast as well as other major clubs PSV, Feyenoord, NEC Nijmegen, and Utrecht.

How to watch NEC Nijmegen matches in the USA? 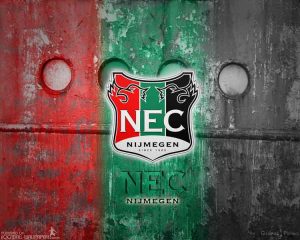 NEC Nijmegen has started their first season in the top league with 2 wins and one loss in the first three matches. The recent win before the international break was against Heracles.

Rogier Meijer was the manager who helped them with the promotion to the Eredivisie. The key players would be Ali Akman, Jonathan Okita, Mikkel Duelund, and El Kairouan. Ali has already scored 2 goals in the new season whereas Mikkel has 2 assists in the new season.

Where can I watch the highlights of NEC Nijmegen?

You can watch the highlights of NEC Nijmegen on their official youtube channel. The highlights are also available on their website as well as on youtube.