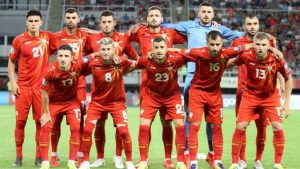 North Macedonia is in Group C in the upcoming Euro 2020, with the likes of Austria, the Netherlands, and Ukraine. They will play one warm-up fixture against Slovakia, before they begin their Euro campaign on June 13th, 2021.

North Macedonia seems to be in relatively good form, given their latest set of fixtures back in March 2021. Although they did lose to Romania 3-2, the scoreline would suggest that they did put up a fight, but the other two games would be better for their confidence as they hammered Liechtenstein 5-0, and beat Germany 2-1, who haven’t yet recovered from their world cup horror show.

Ezgian Alioski, Eliif Elmas, Goran Pandev are the popular names in the squad, with Alioski playing for Bielsa led Leeds side, Elmas playing for Italian giant Napoli, and Goran Pandev, a veteran leading this side into the euros. There are other experienced heads who will play a part in their nation’s campaign more than some others such as Stefan Ristovksi, Aleksandar Trajkovski, and Ivan Trichovski, with each of the three players possessing at least 60 caps to their name. 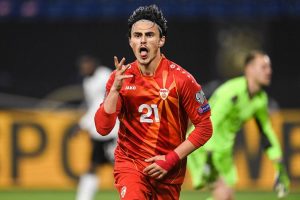 Can I watch North Macedonia on mobile or tablet? 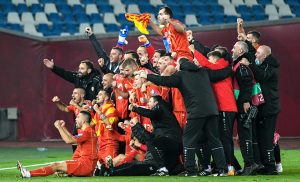 Where can I watch the highlights of North Macedonia?