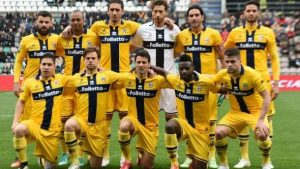 Parma Calcio currently sits 19th in Serie A, occupying one of the relegation zones, and seems to be headed back down to Serie B after enjoying three seasons in the top flight after they finished 2nd in Serie B back in 17/18 to gain back promotion. Having enjoyed a relative 2 seasons of mid-table comfort, they are in turmoil in a pandemic-influenced season, where nothing is usual, and nothing is surprising.

They have won just 3 of their 34 games played this season, with 11 draws and 20 losses, only bettered by Crotone who sits below them. Having scored just 36 times and conceded nearly double that in 71 times. It is a season to forget for Parma. They should be preparing for life back in Serie B and hope they can make a swift return to the top flight. They would need to win their last 4 games and would need to hope that everyone around them loses if they wish to even dream about the great escape or Italian Job.

It’s an abysmal run they are currently on, with 5 straight losses, and 7 in total in their last 10 games, having won just once and drawing twice in that run. They have been on a better scoring run, although it won’t count for much since they didn’t get the results they would have been hoping for, as they scored 17, and conceded 24.

When you are having a season as bad as they are having, even your best players can’t help you out. That has been the case for Parma this season, as their best player has been a veteran Juraj Kucka, with 7 goals and 2 assists in 27 appearances, with another veteran behind him in Gervinho who scored 5 and assisted one in 24 appearances. They can take solace in a dark season, from their young stalwart Valentin Mihăilă who scored 4 goals, in 17 appearances.

How can I watch Serie A free Live streaming?

How to Live stream Serie A matches on Roku and Smart TV?