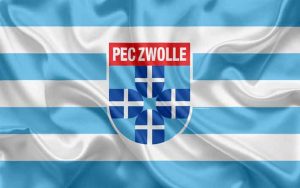 PEC Zwolle has won the Eerste Divisie three times in their history. The latest one was in 2011/12 which gave them the promotion to the Eredivisie. They were also the runner-ups of the league 5 times. Zwolle has also won the KNVB Cup once. The season was 2013/14. They were the finalist of the 2014/15 season. However, they lost to FC Groningen in that season. Other than this, PEC Zwolle has won the Super Cup once in 2014/15. Find out more about this club which has been consistent for the past few years. Also, find out the live stream and official TV broadcasters of the Eredivisie.

How to watch PEC Zwolle matches in the UK?

The Dutch Eredivisie football is live on Premier Sports for the 2021/22 season, showing up to 3 live matches each week. Ajax is the current Dutch champion and is regularly broadcast as well as other major clubs PSV, Feyenoord, PEC Zwolle, and Utrecht.

How to watch PEC Zwolle matches in the USA?

PEC Zwolle has a poor start to the new season. They lost both the games that they have played till now. The recent loss was against NEC Nijmegen. Zwolle have failed to even scored a goal till now. Both those matches ended with a clean sheet for the opposite team.

In the previous season, PEC Zwolle finished in the 13th position. They lost 14 games and just won 9 games in 34 matches. PEC Zwolle didn’t have the right form and that’s why they didn’t even reach the top 10 . the goal difference was -9 and they had 38 points at the end of 34 games.

PEC Zwolle hired a new manager for this season. Art Langeler was appointed in July of 2021. The key players for his as well as for the team would be Slobodan Tedic, Mark Pabai, Mees de Wit, Kenneth Paal and Pelle Clement. It will a fresh season and PEC Zwolle would not want to repeat what happened last season.

Where I can watch the highlights of PEC Zwolle?