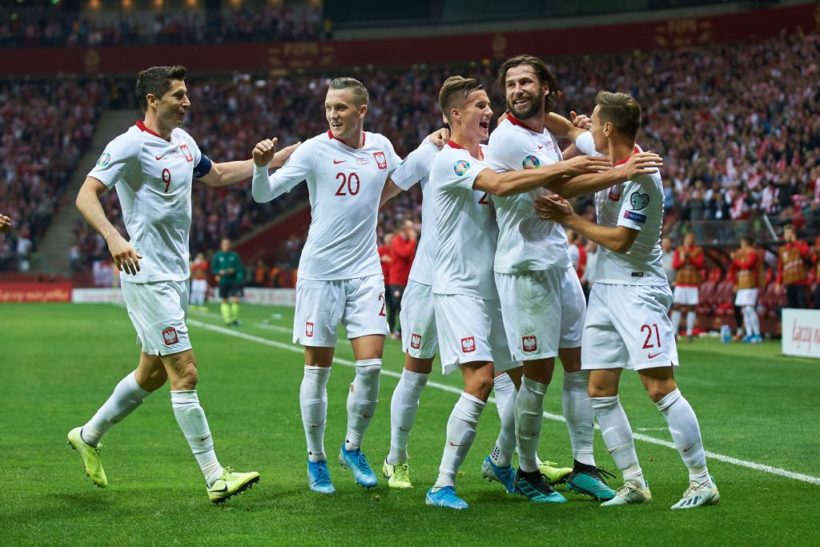 Poland Football Team faced stiff competition in Group I of the UEFA Qualifiers. They finally qualified for the FIFA World Cup through playoffs. England, Albania, Hungary, Andorra, and San Marino were the other participating nations in Group I. Poland could only manage 20 points from their 10 games. Whereas winners, England cruised home with 26 points and a direct entry to Qatar.

Poland has forever been Robert Lewandowski’s side. For this qualifying campaign, the story was very same once again. They started their campaign with a 3-3 draw against Hungary. Once again, it was Lewandowski who scored the all-important goal to secure a point. He scored a brace in the next game as Poland secured the first win. It was against underdogs, Andorra.

England proved to be too strong for the Poland team. The English secured a closely fought 2-1 win. Poland had to recover from the defeat. They did so in fine style against Albania with a 4-1 victory. Adam Buksa bagged a hat trick and Lewandowski scored a brace in the next game. It was against San Marino and the scoreline was a massive 7-1 to the Polish forces.

Damian Szymanski equalized within the added time when they faced England again. It seemed like the English would take away the win again. But the Poland Football Team could hold them to a stalemate. They scored five more against San Marino. The Poland Football Team was enjoying these easy games and picking up the points.

They secured another professional 1-0 win against Albania. Lewandowski returned to score another brace against Andorra. Alas, they couldn’t continue their fine form into the closing game. They faced a 2-1 defeat. It was Hungary who held them in their tracks. Therefore, Poland finished second and advanced to the playoffs.

Due to Russia’s suspension from the Tournament, Poland gained a direct spot in the playoff finals. The bilateral tensions between Russia and Ukraine fueled the mentioned suspension of Russia by FIFA. Poland Football Team faced Sweden who beat the Czech Republic in their one-off game. Poland won comfortably with two goals to none. It was a fairly professional display. The sort one would expect in a decisive game.

Poland is a hit-and-miss team. Often led by one man alone, Robert Lewandowski. Hence, not much can be deciphered from their recent form. They are currently on an unbeaten run of two games. The loss to Hungary in the latter stages of the qualifiers ruins their run. It was a six-game unbeaten run with a three-game winning streak before that loss.

There is one major injury concern for the Poland Football Team. Veteran center-back Kamil Glik is out with a strain. He would need a month to recover to full fitness. He should be back by the end of April. Hopefully, that is the only issue Poland faces before they announce the final contingent for the Qatar World Cup.

Poland Football Team is an attack-dependent side. They like playing an open game. This is indicated by the sort of fun they have against oppositions they are comfortable with. The games against San Marino are a prime example. But, they struggle for depth. Robert Lewandowski is their main outlet for goals. Poland desperately needs other players to step up and help the goal machine.

Since they are home at open play. They are extremely vulnerable on counter breaks. They do not have a defense adept at sustaining such attacks. Therefore, they have fared poorly against teams like England, Hungary, etc.

Robert Lewandowski is Poland’s prime key player. If he isn’t available for a game, it is doubtful if Poland will win that game. He needs to be fit and lead the charge for this Poland team. Goalkeeper Wojciech Szczesny is another pillar of the Poland National Football Team. He needs to be in good form for Poland to go deeper in the upcoming FIFA World Cup.

Players like Adam Buksa and Karol Swiderski need to continue their goal-scoring form from the Qualifiers and support Robert Lewandowski in the attack. They could end up being key to the Poland team.

Poland players to watch out for

Jakub Moder is a 22-year-old central midfielder. He could be a worthy candidate to keep an eye on. He plays for Brighton. If he gets his chance and capitalizes on it, he can have a great future. He surely has the talent and skillset. Another player falling in the same category but a little older is Fiorentina’s Bartlomiej Dragowski. He is a goalkeeper and is only 24 years old. He might get to make a few appearances behind Szczesny.

FIFA has partnered with several TV networks around the world to cover the 2022 FIFA World Cup. Sony TV Network owns all rights for telecasting action within the Indian Subcontinent. The Sony channels lineup is where people watching from India can catch Poland match live stream.

Sony is also accessible on Net TV Nepal and Sim TV Nepal. It is the same for the Sri Lankan audiences, the Sony channels for them are SLRC (Eye Channel), Dialog TV, and PeoTV. For audiences watching from the Maldives, Medianet is mirroring the same coverage. Sony network’s official OTT platform, Sony Liv will efficiently provide coverage for its users.

The BBC holds exclusive broadcasting rights to the FIFA World Cup for the states in the United Kingdom. Audiences can watch all the action live on the ITV website, mobile/PC applications, and the BBC channels lineup. This is the best free Poland live football TV streaming within the UK.

Al Jazeera and beIN Sports will cover the upcoming Soccer World Cup 2022 for the MENA region from Qatar. 2Sport2 has broadcasting rights in the host nation of Qatar and pay-TV does so for Russia. Moreover, Antenna TV is set to handle live coverage within the territory of Greece. In Italy, Rai has the concerned rights and Mediapro does so in Spain.

Poland Match Live Stream will be available on many online platforms. The upcoming FIFA World Cup 2022 is the biggest sports fest on Earth. So, there would be considerable interest among paid and unpaid streaming sites to extend their services.

Paid services on official OTT platform partners like Sony Liv, BBC iPlayer, Hulu +, and YouTube TV will extend the very best quality coverage online. Fans can trust these services for an uninterrupted experience. They only need to have a paid subscription to any such OTT platform. For fans around the globe who would wish to watch these World Cup games without paying, here is a list of recommended Poland live football streaming sites. These websites will host reliable links for FIFA World Cup Live Streaming once the tournament begins.

For more options, major football authorities like UEFA, FIFA, AFC, etc. will extend their own broadcast services free of cost. The official websites of these authorities will have YouTube or Facebook live stream extensions. It will stay active for the entirety of the Qatar World Cup schedule. These streams are officially verified and capable of providing the highest quality coverage. This is thus, the best free live football streaming. We at Sports404 will update all other relevant information on Poland live football TV streaming services whenever new information is found about the 2022 FIFA World Cup.