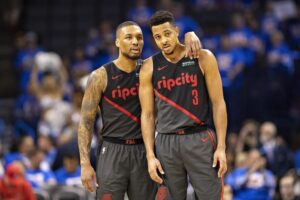 Portland Trailblazers have turned the screws at the right moment of the season. The Trailblazers are currently on a three-win streak and their chances of reaching the Playoffs look bright. So, if you are a Portland Trailblazers fan, you should at least go through this article once as I will be summarizing Portland’s season so far. And I will mention all the free and Live Reddit streaming sites that will stream the Trailblzers’ games in the playoffs.

Portland Trailblazers are currently sitting at the 6th position in the western conference and the 3rd in the northwest division. The Trailblazers did not start the season very well, with them having to face the loss against the current western conference leader, Utah Jazz. Their inconsistent play was the major reason for their downfall at the beginning of the season. But as the season went on, the Blazers seemed to find the form. And they have a very good chance of qualifying for the playoffs. The Portland Trailblazers Head coach, Terry Stotts has lauded the grit and the determination shown by his team. And he will be making sure that this trend of wins continues in the playoffs as well.

The Trailblazers are averaging 115.7 points/game which is the fifth-best in the league. But the problem lies in their defense. Their defense has not been able to resist well in the ongoing season. Terry Stoots is working hard on the defense and will be hoping that the Blazers’ defense will perform well in the playoffs and the next rounds.

Their recent win against the defending champions, Los Angeles Lakers will prove to be monumental in their quest for the playoffs. They are head to head with the Blazers’ for the direct spot in the playoffs.

Damian Lillard, the Point Guard, is the most important player of the Trailblazers. The Californian has been in tremendous form this season. Lillard has been averaging 28.6 points/game this season, making him the 4th best point scorer in the league. Damian Lillard has been in the news for all the good reasons. Many experts consider him as the genuine contender for the Most Valuable Player (MVP) of the season. The trailblazer’s fans will hope that Lillard will continue his good form in the playoffs as well.

Damian Lillard has been well accompanied by the shooting Guard, CJ McCollum. CJ McCollum is averaging 22.9 points/game with 4.0 rebounds to his name as well.

The ever-green Carmelo Anthony has recently entered the list of the most NBA points scored. He has moved up to No.10 on the NBA scoring list. His experience and the recent resurgence will be important in the making or breaking of the Portland Trailblazer’s season.

Portland Trailblazers will take on the Phoenix Suns in the final game of the regular season on May 13th, 2021 at 06:00 PM ET time at Talking Stick Resort Arena stadium, Phoenix City, USA. it will be an important game for the Portland Trailblazers as the win against the Phoenix Suns will ensure the direct qualification of the former in the playoffs. Phoenix Suns have already qualified for the playoffs. So, it would be a dead rubber for them and they will be looking to give the rest to their main players in this game. 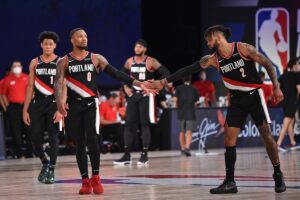 The Complete fixtures of Portland Trailblazers for season 2021-22

The NBA is one of the most viewed games on TV and online sources. Numerous broadcasters have acquired the rights to air the NBA and the Portland Trail Blazers matches. So, if you are in Europe or Asia, you can find the names of the broadcasters who telecast the NBA live in your region. Following is the list of all the broadcasters.

You can contact your nearby TV cable operator to get access to these channels. Firestick and the Google Chromecast also enable its viewers to watch the game live on their TV sets.

Portland Trail Blazers are fairly in the run for the playoffs. Due to the Covid Pandemic, the NBA has developed a new format. According to it, only six teams will directly qualify for the main rounds and the two teams will qualify indirectly after going through a play-in tournament. Portland Trail Blazers have their tails up and they will be looking to cement their place in the playoffs. You can watch the live streaming on the following mentioned applications.

CBS Sports App and MyTeams app of NBC sports live stream the matches of the Portland Trail Balzers in the USA and its suburbs. NBA TV PASS officially streams the matches nationally and internationally. You can use any of these applications to enjoy the high-quality stream of the Blazers. But the thing is that you have to buy a monthly or annual subscription to these. 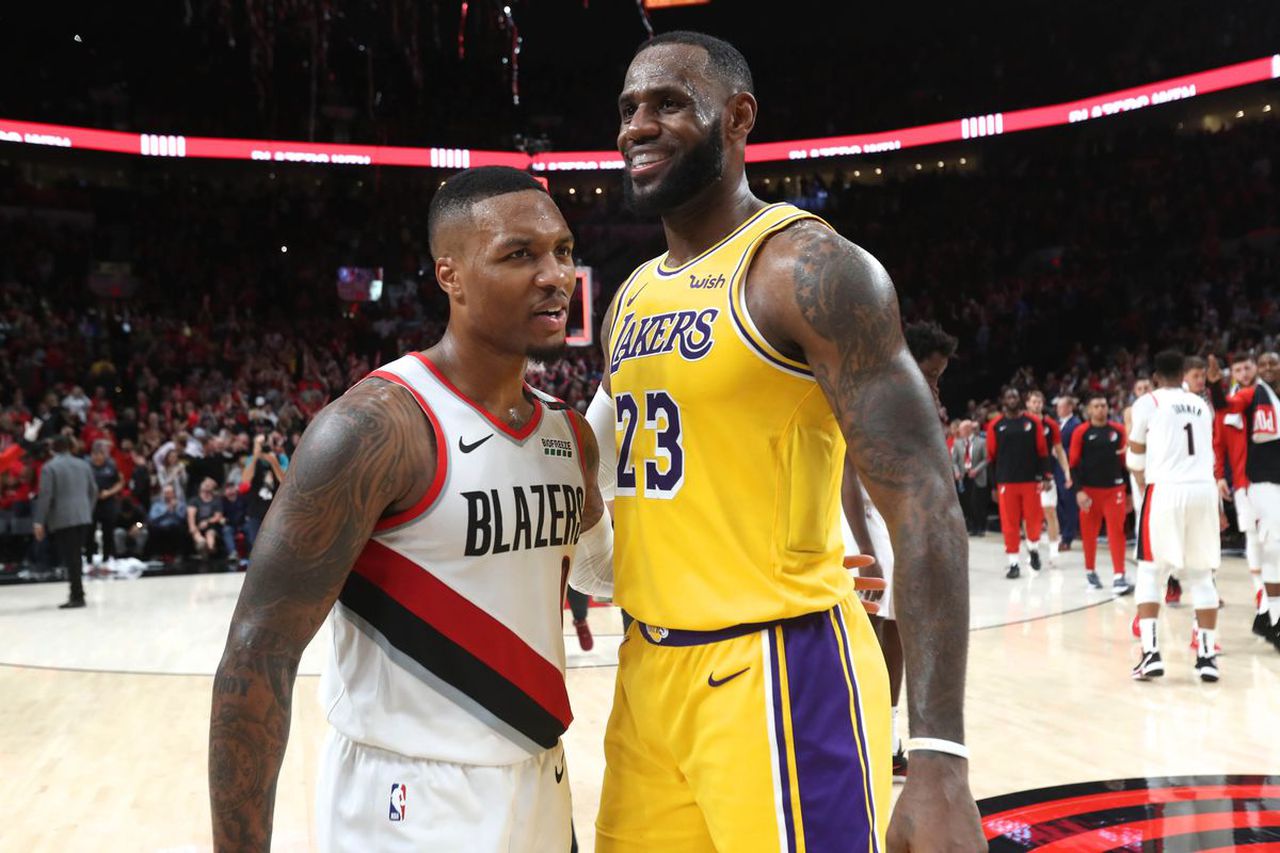 Portland Trail Blazers and the last year’s champions LA Lakers are going head to head to secure the direct qualification for the playoffs. The Trail Blazers won an important tie against the Champions earlier this month by 106-101. The absence of LeBron James and the clinical performance by the Point Guard Damian Lillard proved to be enough for the Blazers against the Lakers.

Since the change of the format in the ongoing season, every team is looking for direct entry into the main rounds so that they could get the very needed rest before the playoffs. Luka Doncic’ Dallas Mavs are in 5th place, with a slightly better win percentage than the Trail Blazers. A minor slip by the Dallas Mavs will enable the Blazers to cement their place in the finals.

If you are a Portland Trail Blazers fan and are looking for high-quality online streams of the Blazers match, then we have got you covered. There are numerous online applications in the USA that stream the NBA live. Some of the notable applications are as follows.

If you live in the United Kingdom and are looking for the details of the Live stream of the Portland Trail Blazers, then you don’t have to worry as we will mention some of the Broadcast and online sources here. Sky Sports has acquired the rights to telecast NBA in Britain. Before Sky sports, it was BT- sports that used to cover the NBA in the UK. you can watch the game on your TV sets using Sky Sports. But if you are not very fond of this thing, you can use Sky’s online application, SkyGo as well. NBA TV PASS is also available in the United Kingdom and its surrounding regions. NOW TV is another online application that covers the NBA in Britain.

Sports surge and the nbabite are the authentic NBA sites that steam the Portland Trail Blazers matches for free. You can watch the nbabite and sportsurge on your Firestick and Google Chrome cast as well. The link to the sites is given below.

Where can I watch the highlights of Portland Trail Blazers?