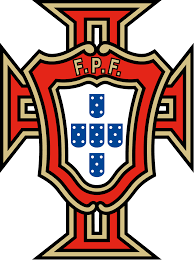 Portugal will face France, Germany, and Hungary in Group F in Euro 2020. The current European champions are certainly in the group of death and will have to be at their very best if they have any hope of retaining their crown come July.

The Portuguese will play international friendlies against Spain and Israel before commencing their Euro campaign on 15th June 2021.

They are in a fairly decent run of form, having won two of their last three matches, with the other match ending in a draw. Portugal faced Azerbaijan who they beat 1-0, Serbia who they drew with 2-2, and Luxembourg who they beat 3-1 back in March 2021.

Their squad has an air of completeness around it, with players in every key position turning up for an elite club, which signifies how good they are. No doubt Cristiano Ronaldo is the headline name for this Euro side as they aim to make it two in a row, but the likes of Bruno Fernandes, Ruben Dias, Pepe, and other names. 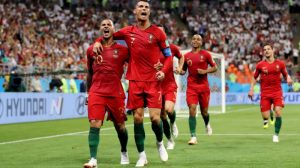 How can I watch Portugal at Euro 2021 without signing up or using a credit card?

There aren’t any proper sites or platforms which allow one to watch the Euro 2021 matches without signing up nor without providing one’s credit card information. There are various platforms that do allow one to subscribe for a fee to their platform or site, including a free trial. But the free trial cannot be accessed without signing up or without providing their credit card or debit card information. 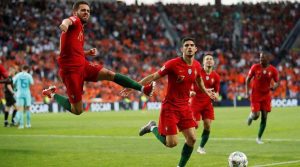 Where can I watch the highlights of Portugal? 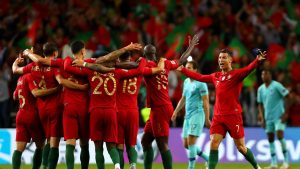