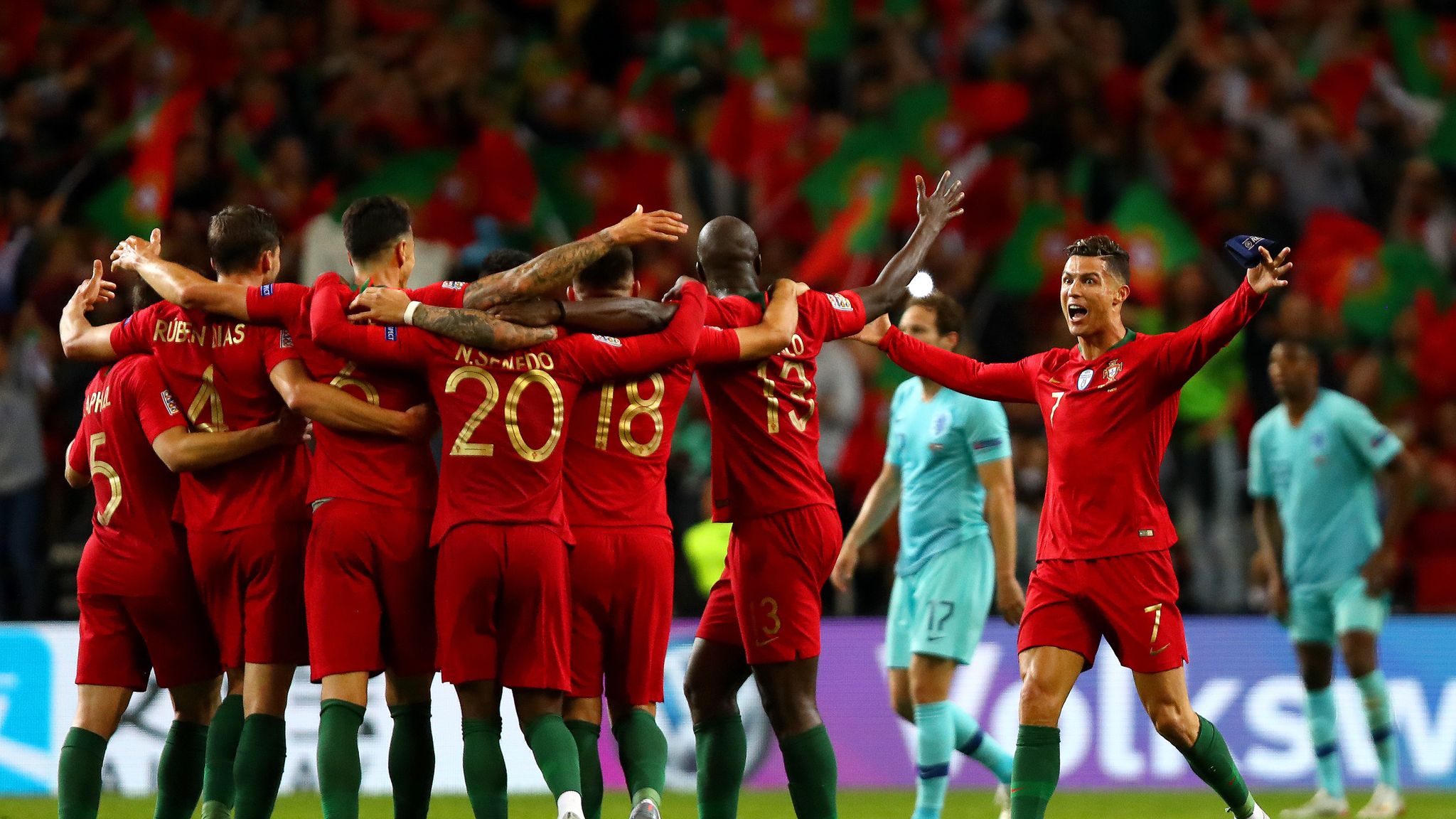 Portugal Football Team had to go down the long road. They ended up qualifying for the FIFA World Cup 2022. But, the road wasn’t simple. The Portugal National Team was placed in the UEFA Qualifiers Group A for the round-robin phase. Serbia, Ireland, Luxembourg, and Azerbaijan were the other participating nations in Group A. Portugal National football team could only manage a second-place finish. As a result, they had to go play two additional games in the playoff rounds.

Portugal started their qualifying campaign in a struggling manner. They needed the help of an own goal from Medvedev to get past Azerbaijan. It was a professional defensive display that guaranteed a 1-0 starting win. The former European Champions hadn’t clearly taken flight. Serbia further restricted them to a 2-2 draw. Diogo Jota, however, announced his arrival to the qualifiers with a well-bagged brace.

That brace was the inspiration Portugal required. In the next game, they got back to their dominating style of play. They completed a handsome 3-0 win over Luxembourg. And then, a Cristiano Ronaldo brace completed a comeback within added time against Ireland. Both Andre Silva and Bernardo Silva scored in a 3-0 win as Portugal Football Team bettered their record against Azerbaijan.

Cristiano Ronaldo continued ticking his goals tally. A hat trick against Luxembourg in a 5-0 win was another highlight. And, just like that bad luck struck Portugal. First, Ireland held them to a 0-0 draw. Then, the Serbians got past them 2-1 in the final league game. This meant that Portugal only qualified for the playoff. Serbia was the group-winning nation. They progressed to the World Cup directly.

The Portugal Football team faced Turkey in a one-off game to qualify for the playoff finals. A fairly professional performance from the Portugal National football team players secured a 3-1 victory. On the other hand, North Macedonia defeated Italy 1-0 in a magical performance. The two winners faced off in Porto for a slot in the FIFA World Cup 2022.

Portugal Football Team, bagged by a statement performance from Bruno Fernandes won the final. Fernandes bagged a brace and the Portugal national football team won 2-0 to book a place in Qatar.

Sandwiched between the European Qualifiers was the main continental competition of Europe. Portugal Football Team took part in the marquee competition. But, it was a forgetful campaign. Fernando Santos will be looking to improve by leaps and bounds in the World Cup. They only progressed to the Round of 16. It was Belgium who beat them 1-0 to eliminate them and move forward in the competition.

Fernando Santos’s men have improved since the disastrous European Championship campaign.  But, due to their bad stretch of form during the end of the qualifying campaign, the unbeaten run has been cut down. They are currently on a winning streak of two games. These are the two playoff games that booked them a place in Qatar.

The Portuguese contingent is totally fit at the moment. There could be updates by the time the World Cup squads are announced. But, as of now, Santos would only be looking at the vast options at his disposal. A strong team selection matters most in such long tournaments.

The Portugal team is a side that likes playing creative football through their world-class midfield. They have the right people for the job in players like Bruno Fernandes, Bernardo Silva, and Renato Sanchez. They are extremely dangerous in the air with poachers like Ronaldo and Jota ready to hop on to any half chance. Hence, Portugal can be seen playing in the wider areas trying to put crosses in.

The only problem with Portugal Football Team is their ball retention. They give away possession easily and do not fare away from defending. That is why smart attacking sides could invade them in the Euro 2020. They also need a dependable goalkeeper. Right now the choices are wide between Diogo Costa and Rui Silva or even Rui Patricio.

Arguably the best footballer on the planet, Cristiano Ronaldo is the first name here. He may well be playing the final world cup of his career. As such, no other player is as key as him in the Portugal Football Team. His attacking partners like Jaoa Felix, Diogo Jota, etc. have really stepped up in recent times.

The midfield is the absolute key to Portugal’s style of play. Two big-name players from the two Manchester clubs stand out. They are Bernardo Silva and Bruno Fernandes. At the back, another veteran, Pepe could be on his last World Cup campaign. He is key to the defense as well.

Portugal national football team players to watch out for

The Portugal Football Team is a very balanced side. Most of the players are in their prime with very few playing beyond the upper thirties. As such, two youngsters look promising as possible breakouts from the tournament. The first player is the 22-year-old goalkeeper, Diogo Costa. Next, it is someone a little more established. He is Atletico Madrid’s Jaoa Felix. Although he has already proven his worth, a dominant World Cup campaign could mean a true breakout in his national colors.

FIFA has partnered with various networks throughout the World to run live coverage of the 2022 FIFA World Cup. Sony Network owns these rights for telecasting action within the countries of the Indian Subcontinent. The Sony channel lineup will help people watching from India to catch Portugal match live stream.

Sony is accessible on Net TV Nepal and Sim TV Nepal. It is the same for the Sri Lankan viewers, the primary Sony channels for them are SLRC (Eye Channel), Dialog TV, and PeoTV. For people watching from the Maldives, Medianet is mirroring the coverage. Sony network’s official OTT platform, Sony Liv will work efficiently too.

The BBC holds broadcasting rights of the FIFA World Cup 2022 for the states under the United Kingdom. Viewers can watch all the action live on the ITV website and applications and the BBC channels. This is the best free Portugal live football TV streaming in the UK.

Al Jazeera and beIN Sports will actively cover the upcoming Soccer World Cup for the MENA region. 2Sport2 has broadcasting rights in Qatar and pay-TV in Russia. Additionally, Antenna TV is set to handle telecasts within the territory of Greece. In Italy, Rai is the holder of the rights and Mediapro does so in Spain.

Bell Media is the focal broadcaster inside the Canadian borders. Globo has prepared to handle telecasts in entire Brazil and the Caribbean regions of South America. China Central Television (CCTV) will take charge inside the Chinese territories.

Portugal Match Live Stream will be available on many platforms on the Internet. The upcoming Soccer World Cup 2022 is the biggest sporting festival on Earth. So, there would be considerable interest among streaming sites to extend streaming services.

Paid services on official OTT partners like Sony Liv, BBC iPlayer, Hulu +, and YouTube TV will extend the best quality of streams. Fans can blindly rely on these services. They need to have a paid subscription to any such OTT platform. For fans around the globe who would wish to stream these matches for free, here is a list of recommended Portugal live football streaming sites. These sites will host reliable links for FIFA World Cup Live Streaming.

Major football authorities like UEFA, FIFA, AFC, etc. will extend their own broadcast services without any charges. The official websites will have YouTube or Facebook live stream extensions. It will stay active for the entire Qatar World Cup schedule. These streams are officially verified and capable to provide the highest streaming quality. This is for the best free live football streaming. We at Sports404 will update relevant all other information on Portugal live football TV streaming services as and when new information surfaces around the 2022 FIFA World Cup.