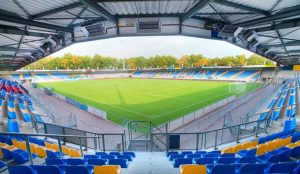 RKC Waalwijk is a Dutch professional football club based in Waalwijk, that currently competing in the Eredivisie. The name of the club is derived from Rooms Katholieke Combinatie. They were formed in 1940 and they are in the top league of the Netherlands for the past three years.

RKC Waalwijk has won the Ereste Divisie two times which gave them the promotion in Eredivisie. The latest one was in the 2010/11 season. They were promoted three years back when they won the promotion qualification. In the 201/19 season, RKC Waalwijk ended up in the 8th position of the table. They managed to win and get the promotion which is exceptional. They are yet to win the top league as well as any other domestic Cups in the Netherlands. Find out more about RKC Waalwijk. Also, find out the live stream and the official TV broadcasters of the Eredivisie.

How to watch RKC Waalwijk matches in the UK?

The Dutch Eredivisie football is live on Premier Sports for the 2021/22 season, showing up to 3 live matches each week. Ajax is the current Dutch champion and is regularly broadcast as well as other major clubs PSV, Feyenoord, RKC Waalwijk, and Utrecht.

How to watch RKC Waalwijk matches in the USA? 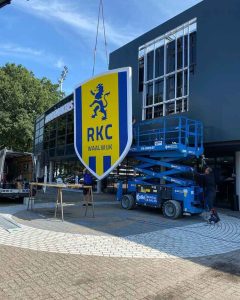 RKC Waalwijk started their season with one win and one loss in their opening matches, They recently lost to SC Heerenveen by a scoreline of 3-2.  RKC doesn’t have a great record in the previous season. They were just saved from the relegation playoffs due to their goal difference. RKC Waalwijk finished in the 15th position with just 30 points in 34 games. The goal difference was better than FC Emmen that’s why they were not in the bottom three.

RKC Waalwjik only won 7 games and lost a handful of 18 games in that season. The goal difference was -28. It was a poor performance and it was luck that saved them from relegation.

After a devastating season, RKC Waalwjik hired a new manager in July. Joseph Oosting will be having just one job this season which would be to keep them out of the danger zone. The key players for him would be Jens Odgaard, Richard Van, Michiel Kramer, Ahmed Touba and Alexander Buttner.

Where I can watch the highlights of RKC Waalwijk?

You can watch the highlights of RKC Waalwijk on their official youtube channel. The highlights are also available on their website as well as on youtube.