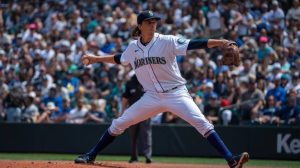 Seattle Mariners are currently sitting at the third position in the American League Western Division. They are closely following the Oakland Athletics for the spot in the postseason. The M’s have a very good chance of making it to the next season this time around. And if the Mariners are able to get to the next season, it will be a huge success considering they have not played the postseason since 2001. If you are a Mariner fan, you have every right to be excited about the current season. And You should go through this article as we will provide every possible detail of the Seattle Mariners’ live stream sources that you can use to watch their games live.

It was back in 2001 when the Seattle Mariners qualified for the next round. Their journey was ended by the Yankees with a 4-1 win in the ALCS. Since then, the M’s had a pretty dreadful run. Their fans will be hoping that they will finally break this jinx and make it into the finals this time around.

When it comes to batting, the Mariners are not scoring freely. But the important thing is that they are able to curtail their opposition well. Kyle Seager and Mitch Haniger have been performing exceptionally well. The third baseman, Kyle Seager has already scored 22 home runs to go along with the 66 RBI’s this season. While Right fielder, Mitch Haniger has hit 25 home runs this season.

The 30 years old, Yusei Kikuchi is holding the pitching department tightly. The Japanese international has already recorded 129 strikeouts this season. And if the Mariners are to make a significant impact this season, Yusei Kikuchi has to keep on performing to its best.

How to watch the Seattle Mariners live streaming online?

The Seattle Mariners are surely the team to follow this season. You can watch all the live coverage of their matches on MLB.TV. The MLB provides you a high-quality coverage of all the matches on TV as well as on online applications. But one of the frustrating features of this streaming source is that this subscription will not allow you to watch the streaming until 90 minutes after the game for the home team fans. So, if you are based in Seattle, you will not get access to the live stream.

But if you follow more than one team in the league, then MLB.Tv will be the best option considering it is managed by the league authorities themselves.

For the in-market games, the best application available is AT&T TV. AT&T TV is best for the home team fans. It covers most of the region as well as national tv channels that stream the Mariners matches in and around Seattle. So, now you can stream all the matches of the Mariners even if you are located in Washington. 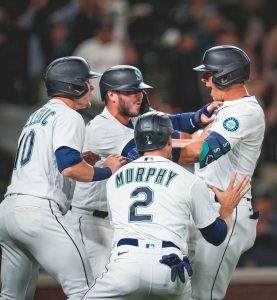 Where can I watch the Seattle Mariners live stream for free?

Considering the immense following of the game around the globe, there are several tv streaming sources that provide its newbie customers a free trial offer. One of the notable ones includes Sling Tv. Sling TV offers it’s rookie customers a 3-day trial. After that, you can acquire their monthly or annual subscription whichever suits you better. So, now you can enjoy the uninterrupted stream of the Mariners on your Tv as well as on mobile and desktops.

Another source that works on the same principle is Hulu + Live TV. Hulu + Live TV comes with a better offer for its users. It provides a 7-day free trial rather than 3 days. But one thing that will keep you double-minded is its price. Both Sling tv and Hulu + Live TV provide almost the same quality coverage. So, we recommend Sling Tv as it will not burden your purse very much.

There are some Reddit sites that stream the MLB and Mariners’ matches for absolutely free. One of the sites that you can use redditstreams.cc/mlb-reddit-live-streams. But again these sites are also related with some drawbacks thus making them not your first choice. These sites are associated with malware and are littered with advertisements. Thus interrupting the live streaming. You can use sports surge as well. But again the issue of advertisements makes it not a favorite for daily users.

How to watch the Seattle Mariners in the USA?

Most of the Seattle Mariners games are played in the USA. There are numerous tv channels that cover their live telecast. The regional channels include Roots sports and Northwest. While the national channels broadcasting the M’s games all around the country are ESPN, Fox Sports, FS1, MLB Network, and TBS.

You can also watch the game on your mobile phone, tablet, or desktop as well. For that, you can use any of YouTube TV, ESPN Plus, FuboTV, and MLB app. Here we will be going to share the links to some of the online sites that stream the MLB matches. So, you can get an idea of their monthly subscription.

How to watch the Seattle Mariners in the UK?

BT Sport has acquired the right to broadcast all the matches of the MLB in the UK. You can watch the live coverage of the Mariners’ games on BT Sport ESPN. The broadcasting company has also launched its online application to facilitate its users. Now you can watch the live game on your mobile phone or tablet while doing your daily routine work. You just have to buy their 25 pounds monthly subscription of it.

Another streaming source that you can use is ESPN Player. It is available all around Europe and you can avail yourself of this as well if you are located in Britain and its surroundings.

Where can I watch the highlights of the Seattle Mariners?

Now you can watch the supreme quality highlights of your favorite MLB team on Youtube. The MLB has launched its official channel on Youtube where it regularly uploads the highlights of all the matches that happened on game day. You can also watch the full match highlights on the MLB app if you have bought their monthly or annual subscription.