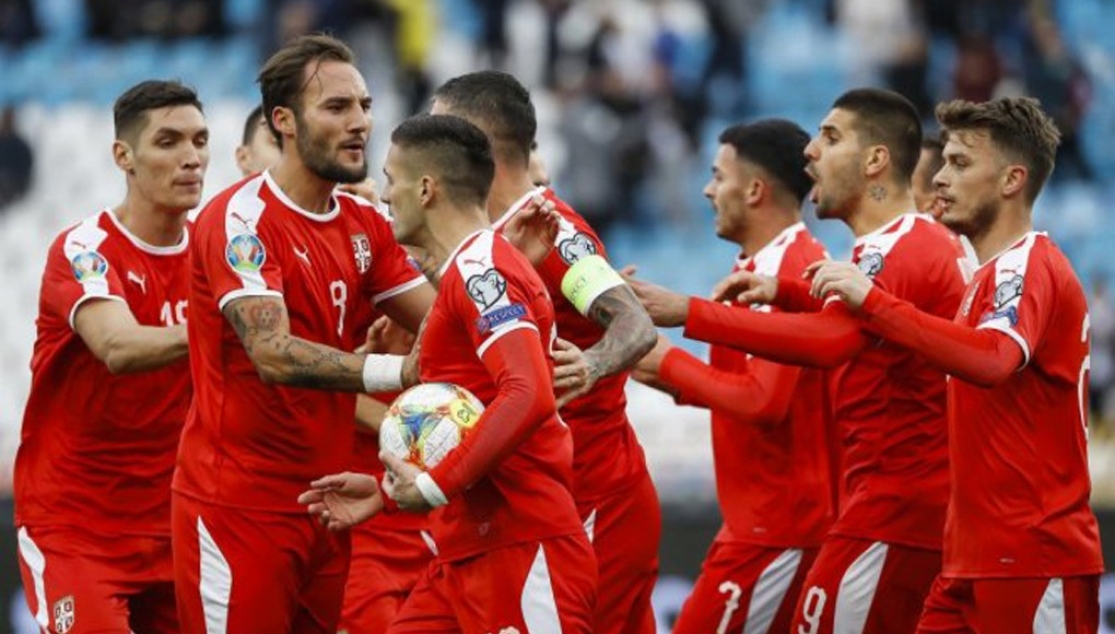 The Serbia national team will be the wild cards at the FIFA World Cup 2022 in Qatar. Placed in a competitive Group A of the UEFA Qualifiers, the Serbians heroically got past the European Heavyweights, Portugal. They won the group and gained direct qualification to the mega event. The group also included the Republic of Ireland, Azerbaijan, and Luxemburg.

The Eagles kicked their qualifying campaign off with a hard-fought 3-2 victory over the Republic of Ireland. Dusan Vlahovic scored the Serbia National team’s first goal. He equalized before halftime. Then, Aleksandar Mitrovic bagged the brace to win in for Serbia. They were all set to face the strongest competition in the group, Portugal in their next game. Diogo Jota’s brace was matched by goals from Mitrovic and Filip Kostic. They held Cristiano Ronaldo’s team to a 2-2 draw.

The Serbia National Team had been outperforming expectations so far in the competition. To boost their morale further, they were handed an easy game against Azerbaijan. Mitrovic’s brace was enough to give them a 2-1 win. The only goal they conceded was through a penalty. Mitrovic continued his flying form bagging another brace in the next game. They won against Luxembourg with a 4-1 thumping victory.

The next game was against the Irish forces. It seemed to be heading to another well-deserved win for the Serbia national team. Alas, an 87th-minute intervention resulted in an own goal by Nikola Milenkovic. Resultingly, it canceled out Miinkovic-Savic’s early goal at the other hand. They had to go away with a share of the spoils. Vlahovic scored again as a clean and tidy defensive performance took them to another three points against Luxembourg. A side that improved immensely from their last humiliation at hands of Serbia.

Azerbaijan conceded two penalties in their away game against the Serbia National team. And, they made no mistakes while converting them. Vlahovic bagged a brace. Serbia went on to win the penultimate fixture 3-1.

Next came the big game, against Cristiano Ronaldo and his red hot Portuguese side. The game decided who would end on the first spot in the Group and who would advance to the playoffs. A valiant effort from Mitrovic found the back of the net at the 90th-minute mark. And, it resulted to be the winner. Serbia went past Portugal in the all-important game with a 2-1 victory. Aleksandar Mitrovic was Serbia’s top scorer with eight goals in the qualifying rounds.

Dragan Stojković’s men remained unbeaten throughout the qualifying campaign and that marks their eight-game unbeaten run, only two of those have been draws. The current winning streak is of three matches and includes the famous victory over Portugal. The Eagles have friendlies scheduled against Hungary on March 24, and Denmark on March 29.

The Serbia team is struck by one major injury problem as the veteran attacking midfielder, Filip Djuricic has been sidelined since October 2021 and there hasn’t been an update yet from his club, Sassuolo regarding his expected return.

Two minor injuries on the Serbia National team concern the Goalkeeper Vanja Milinkovic-Savic who has fractured his finger. He is expected to be back into action before the friendlies in March. Another experienced midfielder, Darko Lazovic picked up a muscular injury very recently and his recovery would continue to be monitored.

Strengths and weaknesses of the Serbia football team

The Serbia Football Team is an expert at set-pieces with younger talents like Dusan Vlahovic and Mitrovic making headway in the attacking sense. Their front line has been hard to contain and the form of the forwards in other competitions has been encouraging. The performances against Portugal are prime examples of the Serbia team being put to the test and it is safe to say they’ve outperformed. The Serbia Football team is a side with a very strong mentality and holding on to a lead or coming from behind and finding winning goals has been a constant theme in their play.

The weaknesses of the Serbia National team are included in the middle of the park where they seem a little under-manned with a lot depending on the main man, Sergej Milinkovic-Savic. He is their natural leader in midfield and his partners haven’t put their best foot forwards yet. Lazovic’s injury adds to this problem and this midfield combination could struggle against stronger sides. The upcoming UEFA Nations League would be a good competition to analyze the same.

The Eagles have a few players that dictate their nucleus, the recent attacking phenomenon, Dusan Vlahovic is one of them. The forward completed a headline move to Juventus in the winter and he is one that the Serbia team will usually find on the end of creative passes. Mitrovic is another goal-scoring option. In midfield, Milinkovic-Savic is their main man. Dusan Tadic playing as the number 10 or a second striker is core to their attacking play and would be a key campaigner for the World Cup. The defense is well guarded with players like Stefan Mitrovic, Pavlovic, and Veljkovic.

Serbia national football team players to watch out for

FC Basel’s 20-year-old central defender, Starhinja Pavlovic is one of the best young ball-playing CBs around right now. This tournament can be his chance to show the world what he is capable of. A move to a big European club could be on the cards for this young man, given he performs in these high-pressure World Cup games.

Fiorentina’s 24-year-old center-back, Nikola Milenkovic is another player scouts will have their eyes on. He is versatile and can play on the right-back position as well. He is Fiorentina’s mainstay in central defense and would very much like to replicate his success with the Red Shirt as well.

In Nepal telecast is available on Net TV Nepal and Sim TV Nepal. For Sri Lanka, the Sony channels responsible are SLRC (Eye Channel), Dialog TV, and PeoTV. For fans in the Maldives, Medianet will telecast Sony’s coverage. Additionally, Sony’s own OTT platform called Sony Liv will also help fans catch the games on its website and mobile/PC applications.

In the UK, the exclusive broadcasting rights lie with BBC. English viewers will be able to catch the games live on the ITV website and applications, the BBC iPlayer, BBC News, and BBC Sport. This is the best solution for free Serbia live football TV streaming.

Fox Sports has bought the rights for English telecast within the USA while Telemundo will telecast action in Spanish. To catch the action on OTT one should turn to fuboTV, SlingTV, Hulu+ Live TV, AT & T TV Now or Youtube TV live streaming football.

beIN Sports and Al Jazeera are responsible for telecasts in the middle east and North Africa. The 2Sport2 is in charge for Qatar, and pay-TV for Russia. Antenna TV is handling telecasts within Greece. In Italy, Rai has the right to be the official broadcaster. As does MEDIAPRO Network for the rights in Spain.

Bell Media is the concerned broadcaster for fans in Canada. Brazil’s largest media company Globo will run broadcasts for fans in Brazil and the Caribbean. At last, China Central Television (CCTV) will broadcast action for China.

Serbia Match Live Stream will be available across various platforms. Football World Cup is arguably the biggest sporting event in the World. Therefore, there would be a lot of sources that would provide free and paid streaming services for the Tournament.

For paid services, OTT platforms like Sony Liv, BBC iPlayer, Hulu +, and YouTube TV will be the best option. Hence, fans can easily rely on these services if they possess a paid subscription. For others who want to stream the World Cup for free, here is a list of recommended Serbia live football streaming sites for FIFA World Cup Live Streaming.

Other than these, most major governing bodies of football like UEFA, FIFA, Conmebol, AFC, etc. will extend their own broadcasts. These services will be free of cost. Through their official sites or a YouTube or Facebook live stream extension for the whole Qatar World Cup schedule, they’d remain active. These streams are official in nature and reliable in quality. This should be the option for best free live football streaming. Lastly, We at Sports404 will update relevant information on Serbia live football TV streaming services when we encounter new information about Qatar 2022 World Cup.