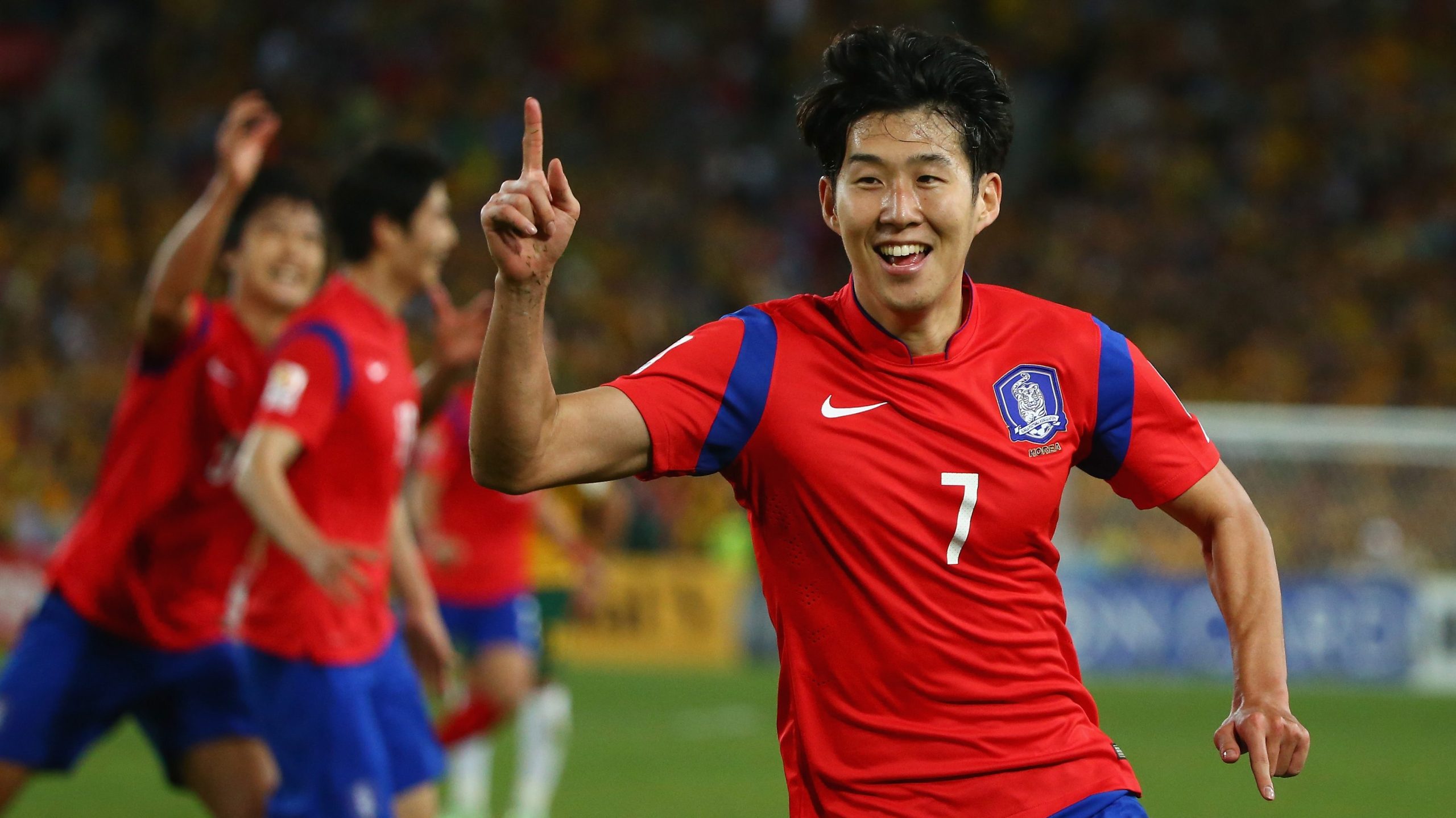 South Korea football team is the third best-ranked Asian side. They qualified for the FIFA World Cup 2022 after finishing second in the competitive Group A of the AFC qualifiers. The World Cup qualifiers process was spread out into four rounds for the Asian Football Confederation. The first two rounds also doubled as the qualifiers for the Asia Cup 2022.

South Korea football team is ranked 37th in the FIFA World Ranking. Therefore, they were spared from playing in the first round. The first round was held between 12 countries that are ranked from 35th to 46th in Asia. The six winners advanced to the second round of the AFC qualifiers. The second round consisted of a total of 40 teams. The six winners from round one and 34 countries ranked 1st to 34th within Asia. These teams had to compete in a round-robin format.

These 40 teams were divided into eight groups of five countries each. The South Korean football team was placed in Group H. They won the group comprehensively with a margin of six points. North Korea later withdrew from the competition. They were placed in Group H as well. As a result, the teams only played a total of six games. Whereas, every team was supposed to play eight games in the round-robin stage. In these six games, the South Korean national team won five and drew one. As a result, their points tally accounted for 16 points. . The eight winners from each group and the five best runners-up among all the groups reached Round 3.

The South Korea team managed two great results against Iran. They were unbeaten against group winners, Iran. Iran also is the top-ranked Asian side. The two games ended in a draw and a 2-0 win for South Korea football team. They’d be looking to build on these performances further in the World Cup. South Korea football team’s campaign majorly featured professional one-goal victories. But, there was one dominant display where they won 3-0 against Iraq.

South Korea football team suffered an unfortunate loss against the United Arab Emirates in the final World Cup qualifying game. This means, their brilliant unbeaten run of 14 games came to an end. They’d now have to pick up from here to build a new streak. Before this loss, South Korea football team was on a seven-game winning streak. They can surely take away more positives than negatives from this campaign. They need to work to build a new streak that will benefit them.

There is only one major medical issue that the South Korea football team needs to be mindful of. The defensive midfielder, Du-jae Won has already missed four games for his side with a shoulder injury. His return is not yet specified. Two other midfielders, Min-kyu Park and Seung-beom Ko are both out. They have contracted the COVID virus. Therefore, it is not anything too serious.

The South Korea national team is a group of players drilled for an attack-minded game plan. However, few midfielders and forwards aside, not everyone in the team can sustain such fast attacking football. As such, a change of systems midway through the game could be an issue. They leave gaps at the back which will be exploited by stronger teams in the world cup. The only way out is to concentrate more and more on the defensive structure.  This is because a team like South Korea cannot fully depend on outscoring opponents. They’ll have to come up with a mindset to defend their lives against world giants of the game.

As stated earlier, Korean Republic has done well to transition play from midfield to the wings. The main midfielders, Sung-Yueng Ki, Koo Ja-Cheol, and Chung-Yong Lee would be key to their World Cup campaign. The wingers are important for the Korean Republic as a lot of their attacking play is dependent on crosses into the box. Tottenham Hotspurs’ Heung-Min Son is one important player in that regard. He is their most experienced and accomplished player and a lot will be riding on his shoulders as South Korea open its campaign in Qatar.

South Korea national team players to watch out for

The scouting of Asian players by European clubs, more so by clubs based in the Bundesliga and LaLiga has opened possibilities for players from this region to go and play their football in the world’s hub. This time around eye would be on the 26-year-old Wolves forward Hee-Chan Hwang. He has been a mainstay for Wolves in the season and would be willing to replicate his success with his national team and in the process audition for a future at a better European club.

The 25-year-old central defender Min-jae Kim also has the same story. He has been a standout for his club Fenerbahce. The 2022 FIFA World Cup could be his time to leave a permanent mark in South Korea’s footballing history.

Many official broadcasting partners throughout the World will run live coverage of the 2022 FIFA World Cup. Sony Network owns the broadcasting rights for telecasting action within the countries falling under the Indian Subcontinent. The Sony Ten lineup will help Indians catch South Korea match live stream.

These services are also available in Nepal. It is accessed on Net TV Nepal and Sim TV Nepal. The same goes for the Sri Lankans, the primary Sony channels of their concern are SLRC (Eye Channel), Dialog TV, and PeoTV. For fans watching from the Maldives, Medianet will mirror this coverage. Moreover, the network’s official OTT platform, Sony Liv will feature the same coverage.

The BBC holds broadcasting rights to the Qatar World Cup for the entire United Kingdom. Viewers can watch the live-action on the ITV website and applications, the BBC iPlayer, BBC News, and BBC Sport. This is the best free South Korea live football TV streaming.

Al Jazeera and beIN Sports will effectively cover the upcoming Soccer World Cup for the middle east and North Africa. The 2Sport2 has the rights within Qatar and pay-TV in Russia. Additionally, Antenna TV will handle telecasts within the Greek territory. In Italy, Rai is in charge, and Mediapro telecasts in Spain.

Bell Media is the main broadcaster on the Canadian mainland. Globo has prepared to handle broadcasts in entire Brazil and the Caribbean. China Central Television (CCTV) will take charge in China.

South Korea Match Live Stream will be available on numerous platforms on the Internet. The upcoming FIFA World Cup 2022 is the biggest sporting festival on the planet. Hence, there would be a lot of interest among streaming sites to extend streaming services for the big tournament.

Paid official services on OTT platform partners like Sony Liv, BBC iPlayer, Hulu +, and YouTube TV will extend the best existing service. Fans can blindly rely on these services if they have a paid subscription for the same. For fans around the world who would like to stream these matches for free, here is a list of recommended South Korea live football streaming sites. These sites will have reliable links for FIFA World Cup Live Streaming.

Major football governing bodies like UEFA, FIFA, AFC, etc. will extend their own broadcast services without charges. These are YouTube or Facebook live stream extensions. It will be active for the entire Qatar World Cup schedule. These streams are officially verified for the highest streaming quality. This is the best free live football streaming. We at Sports404 will update relevant all other information on South Korea live football TV streaming services as and when new information surfaces around Qatar 2022 World Cup.