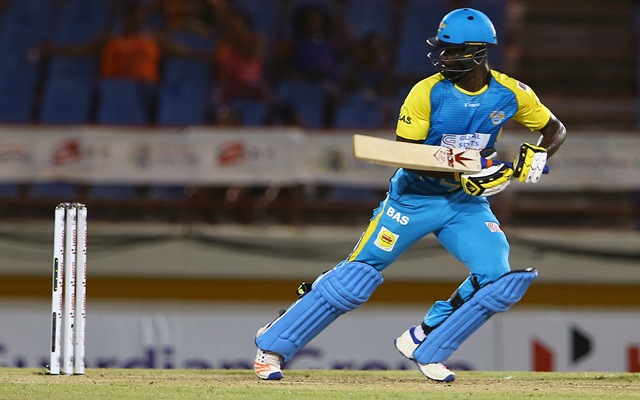 St Lucia Zouks is one of the participant teams in CPL 2021. They do not have a very convincing record in the past season of CPL. In 2013, Caribbean Premier League . a West Indian T20 league commenced 2013. St Lucia Zouks is one of the participants in CPL since the inaugural edition. They do not have a satisfactory record. Zouks is the one-time runners-up of the tournament. Other than that they have reached playoffs once. In the below article we will provide details about St Lucia Zouks live stream.

Going into the ninth edition, Zouks will fight for their maiden title. The fate of the franchisee is in hands of overseas players. A lot of things will depend on how overseas players perform. The team generally plays their home matches on Darren Sammy Cricket Ground. Batting second is the preferred choice on this ground. Also, it helps seamers in the air. The home ground would have been beneficial for Wahab Riaz. This time Zouks will not have a home advantage. All the matches are to be played on St Kitts and Nevis.

KPH Dream Cricket Private Limited is the consortium that owns the franchisee. The same company owns Punjab Kings in the IPL. The Chandigarh-based company was established back in 2008.  The company is involved in sporting and other recreational activities. The quartet of Karan Paul, Preity Zinta, Mohit Burman, and Ness Wadia are the directors of the company.

Andrew Fletcher is a brilliant opener in T20 cricket. Along with him, Matthew Wade can provide a left-handed opening option. This versatile opening pair will help the team to build big totals. It will be interesting to see how this opening pair might perform in the tournament. For Zouks, overseas players are their biggest strength. A lot will depend on how the skipper uses his overseas players. The batting order also has some depth. Roston Chase and Rakeem Cornwall have batting ability. Both can play some big sixes. They can hit spin as well as pace. Batting seems to be a strong department for Zouks.

The pace bowling of the team looks slightly weak. Other than Wahab Riaz no bowler has experience of playing in multiple T20 leagues. Also, they lack pace in their bowling unit. Alzarri can play the role of a fast bowler who can trouble batsmen with his pace. But, again he is yet to get exposed to different conditions. That makes it difficult to judge how he will perform in these conditions and under pressure situations. Zouks should look to cover this flaw somehow. In this era of analytics and statistics, it might not be difficult to find a solution.

Sky Sports will provide coverage in the United Kingdom and the Republic of Ireland. They will steam all 34 matches of the tournament in both countries. Sky Go and Now TV are digital platforms to provide a live stream of the competition. The subscription packs of these platforms will provide an exclusive, break-free live stream.

Fox Sports Australia has signed a partnership deal with CPL for its exclusive rights in the next four years. They will provide the telecast of the CPL matches for the next four years. It will be a treat for Australian cricket fans watching the tournament’s ad-break free and HD coverage. SportsMax TV will cover all matches of CPL in the Caribbean region. Willow TV is the correct choice for cricket fans based in Canada. Also, DAZN will provide a live stream of all the fixtures.

1 Play Sports is the Southeast Asian broadcaster for the tournament. They will live stream the matches for fans from their social media handles. FanCode India’s multi-sport aggregator is also a platform in India. FanCode will provide coverage with their services Match pass and Tour Pass.

The Zouks skipper will be the main player for the team. The South African batsman has significant experience of playing at the international level. Faf du Plessis will have to lead the team with an amazing batting performance. Also, he has been always an excellent fielder. One thing goes in favor of du Plessis, his form. In the IPL 2021, he was terrific in top order. Du Plessis gave solid opening partnerships along with Ruturaj for Chennai. He was an explosive opener for Chennai Super Kings in IPL. Faf du Plessis also adds another dimension of fielding to the side. He will always lift the team’s spirit with his athleticism on the field.

Wahab Riaz is the overseas pacer for the franchisee. Riaz has the ability to reverse swing the ball. He is not a very fast bowler but Riaz can trouble batsmen with his line and length. He can also bowl short balls and some tight bowling in the death. The onus of picking wickets and restricting opposition will be on Riaz. On the side, since he is the most experienced bowler he will be the spearhead.