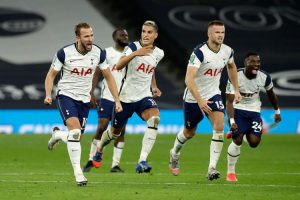 Tottenham Hotspurs were a disaster last season, and the upcoming season starts with a couple of tricky fixtures as well. They were involved in the ill-fated ESL that collapsed before it began, they sacked Mourinho days before their first cup final since the Champions League final in 2019, and they lost the EFL Cup. Tottenham ended up finishing 7th and qualified for the inaugural Europa Conference League.

With their stance is troublesome to say the very least, both on and off the pitch, as their transition period is worsened by players wanting to leave, and no clear set-up in place. Tottenham is at a crossroads, and their choices might as well decide where they end up in a few years.

Where can I watch the highlights of Tottenham Hotspurs?