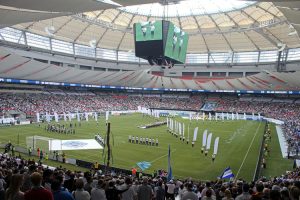 Currently, Vancouver is not in a good form. They are the second-bottom-most team in the Western Conference Table. Find out everything about this Canadian club. Also, find out the live streams and the official broadcasters of the MLS.

Vancouver Whitecaps have played 9 games till now in the season. The form is not good but they can still bounce back and get a spot in the playoffs this season. Here are the remaining fixtures. The time is standard UK time.

Where can I live stream Vancouver Whitecaps FC games?

You can live stream the games of the Vancouver Whitecaps FC on FuboTV. They also allow free streaming. Other channels where you can see the games are Hulu, Sling, and Direct TV. 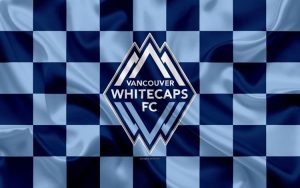 Fotmob – It’s an application that has the live scores, fixtures, league table, match statistics, player statistics, and much more for any team you want, They have the leagues according to country. They have more than 200 football leagues in their database. You can also select your favorite players, leagues as well as teams. For example, if you select Messi as your favorite you will get to know whether he is in the lineup or as a substitute if he scores a goal if he grabs an assist. Also if he is given a card during the match you will get a notification on your device. It’s a user-friendly application for all football lovers. You will also get the latest news about your favorite teams.

Vancouver Whitecaps have been in poor form. They have played 9 games and have won just 2 games. Whitecaps have a goal difference of -6 and have lost 6 matches till now in this season. Vancouver has the second most losses among all the teams in the MLS.

Vancouver’s last win came way back in May. After that game, they are yet to win a game after they lost 5 consecutive games. The recent loss was at home against LA Galaxy. Vancouver only has 2 clean sheets and has not yet won an away game just like some other bottoms teams in the Western conference table

Vancouver’s next match is against Seattle Sounders. It is an away game.  Vancouver has not won against Seattle in 4 years. The last win came way back in 2017. Vancouver Whitecaps can get back to winning ways starting from winning against their long-term rival.

The key players for the team would be Cristian Dejome, Deiber Caicedo, and Christian Gutierrez. Vancouver has only scored 8 goals till now. Dajome has scored 3 goals out of 8 goals in the MLS. Cristian has 2 assists whereas Dajome also has 1 assist till now this season.

Where can I watch the highlights of Vancouver Whitecaps FC?