Sports404
Home Uncategorized What is the United States Football league: An overview 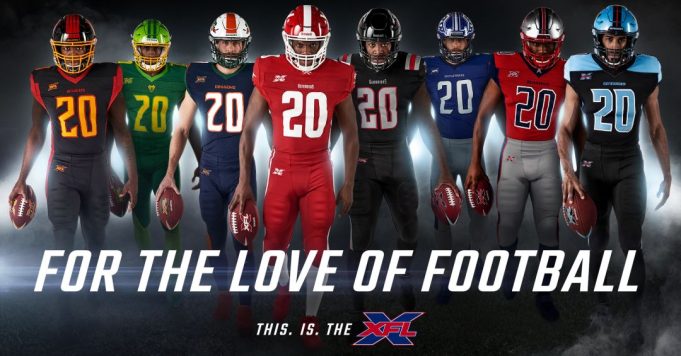 When it comes to pro football in the USA, the NFL has had a long-standing monopoly on fans’ time. This was simply due to there being no other pro football competitions in the US to watch or follow previously. 2022 has resulted in this all-changing though and a new tournament has emerged to keep football fans entertained. But what is the United States Football League all about?

What is the United States Football League?

Also known as the USFL for short, this is a professional football league based in the USA. One key thing to note is that this league plays in the spring and summer months. The USFL also has only two divisions – the Northern and Southern. At the end of the season, the top team from each division will face off to find out who the champion will be. It can be easier to think of it as another version of the NFL which plays its games at a different time of year.

Although it has hit the headlines again in 2022, this league actually has a long history behind it. It played three seasons from 1983 to 1985, before a failed move to playing over fall and winter in 1986 led to its ceasing existence.

In 2022, announcements were made that the USFL would return in April 2022 armed with a Fox Sports broadcast deal with eight teams competing. The final game of the season is on July 3rd in Canton, Ohio, and will lead to the eventual champions being crowned.

As this is the first season the new USFL has been played, it can seem a little tricky to say for sure. A good tip, therefore, is looking at USFL odds and betting predictions online to get a clearer view. This is especially key if you plan to bet on which team might win the title at the end of the season.

By taking the time to look at what odds teams have and what the general feeling is around who could win, you will be in a much better position to wager on this sport.

From the Southern Division, it seems that the Birmingham Stallions are the team to watch. They have a 5-0 record to date and have been in red-hot form. Skip Holtz has them firing on all cylinders, as a recent 30-17 win over the Stars demonstrates. If players such as Osirus Mitchell and J’Mar Smith can keep them as potent as they are in offense, they have a great chance at the championship.

Of the other Southern Division teams, no one as yet looks as if they will be able to either catch the Stallions or be good enough to win the title. The Breakers and Bandits have average of 3-2 records and haven’t shown much yet to support any championship bid. The Houston Gamblers appear to be out of the running already, with a 1-4 record leaving them at rock bottom.

Which team should do well in the Northern Division?

For now, the New Jersey Generals look very strong in 2022’s Northern Division. They have a 4-1 record and sit atop the standings. Their current stats of a .800 percentage and 4-game winning streak also makes for decent reading. With Darius Victor and De’Andre Johnson in great form so far this year, they look capable of winning the whole championship.

Their nearest divisional rival in 2022 appears to be the Philadelphia Stars. They have a slightly less impressive 2-3 record currently but have plenty of time to improve on that. To do that though, they have to find more consistency and also show they can come out on top against the best USFL teams. Defeats against the Generals and Stallions so far have left question marks in this area.

This leaves the Michigan Panthers and Pittsburgh Maulers bringing up the rear. Pre-season, the Panthers were on many people’s radar to do well. With top quarterback Shea Patterson and former NFL coach Jeff Fisher on board, they seemed set for a fine season.

This has not quite clicked yet though and they have only won once so far. The Maulers are also in similarly poor form and appear to be in for a disappointing season.

If you love watching exciting sports such as live streaming LA Lakers games or awesome MSL soccer matches on TV, then the USFL will also be right up your street. It is certainly something football fans will enjoy following due to its hard-hitting action. Although most football fans may have focused on the NFL previously, the USFL’s relaunch in 2022 means that this is no longer the only option. As the USFL plays in spring and summer, it is not only a new football league to enjoy but also one that does not clash with the NFL.

The Correlation in Growth of Sports and Online Gambling